By Alex and Alan

Viet Nam has experienced 2 wars with France (1945-1954) and America (1955-1975). Therefore, our country suffered a lot of damage, especially the economic and the transformation of the ideology.

After many years travelling through many countries in Asia and Europe, Mr. Ho Chi Minh returned to his country and planned t o free his country from enemy domination. One of his first plan was created Communist Party of Viet Nam (CPV), which came from Marxism- Leninism and Ho Chi Minh’s thoughts. This helped Vietnamese army and people to win many major battles especially Battle of Khe Sanh, Easter Offensive, Battle of Sai Gon, v.v. 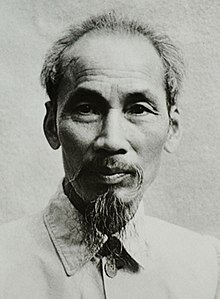 The population of Vietnam in 1986 was 16,5 million and in 2020 it increased by 5,91 times to 97,6 million. Currently, Vietnam ranks 15th most populous countries in the world and accounts for 1,25% of the world’s population. And 70% of the population under 35 years of age, with a life expectancy of 76 years, the highest among countries in the region at similar income levels.

The most advanced electronic and telecommunication equipment production line in Southeast Asia has the capacity to produce about 5 millions USB products, 3 million phones, and 9 hundred thousand PCs per year.

On January 18th, 2019, Micro Dragon satellite was designed, manufactured and performed by Vietnamese experts on functional research and system design; Equipment selection, installation, programming are launched into orbit in Japan. The satellite’s mission is to take picture of the sea color of the coastal waters of Viet Nam to assess the quality and composition of sea water, serving the fishing industry.

Viet Nam has its first car manufacturing company, Vinfast. This company is one of the members of Vingroup (this company is one of the largest multidisciplinary business groups in Viet Nam) founded by a Vietnamese billionaire, Pham Nhat Vuong. Vinfast introduced the first design prototypes specifically designed for the Vietnamese market at the 2018 Paris Motor Show in France, including sports utility vehicle (SUV) and a sedan. Until now , Vinfast has sold more than 100,000 products in Viet Nam and around the world.

In 1975, Viet Nam just ended the war so the economy is one of the poorest countries in the world. In 1986, the government introduced “DOI MOI”, a series of economic and political reforms that helped the economy start to go up. Between 2002 and 2018, GDP per capita increased 2.7 times. GDP grew by an estimated 7 percent in 2019, became one of the fastest growth rates in the region.

Air pollution is still serious and needs to be addressed, as Vietnam is the 15th most populous country in the world and is growing more so has more factories. Also, Vietnam has a coastline of more than 3200km with many mangroves, but it is currently polluted by wastewater from seafood factories, ship repair factories and warehouses. However, because of economic growth, many foreign companies and businesses have landed in Viet Nam which means many trees have to be cut down to make space for construction. This has caused many residential areas to be flooded during heavy rain or storm.

Even though Viet Nam has had strong development over the years, but we also face difficult problems to solve such as more industrial factories, strong population growth but no control of environmental pollution. If we consciously protect the environment, it will reduce pollution.