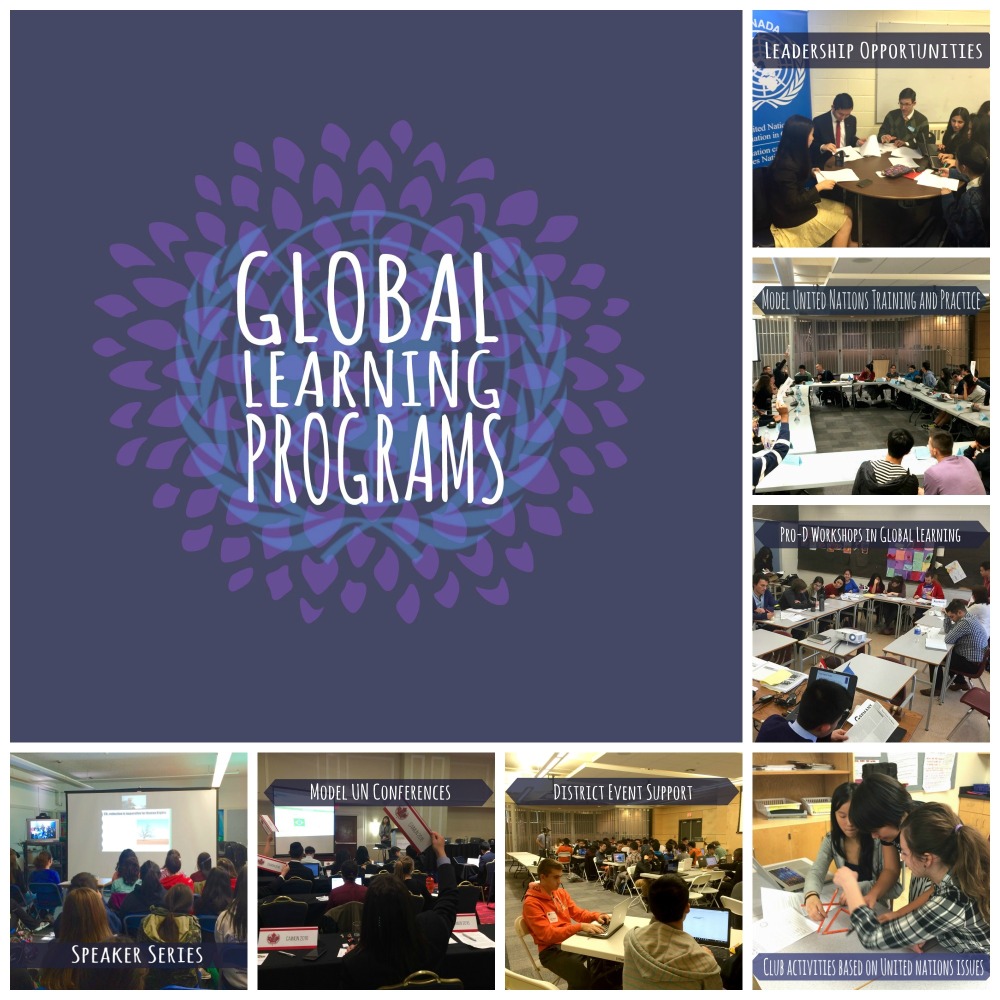 The 2016-17 school year was a resounding success, in global terms!

Global Learning Programs (GLP) finished off the year on a forward note, with the support of the first district-wide and student-led Coding Conference in Burnaby. On the heels of the BC Premier’s announcement that school-based computer coding classes would be a province-wide phenomenom, Lighthouse Labs offered a multi-level, multi-aged training session that moved the baseline of coding forward for 100 students.

Overall, GLP directly reached and influenced over 1000 students in the district.  Events were centred at Alpha Secondary, Burnaby Central Secondary, and Burnaby South Secondary with invitations to and additional attendance by students and teachers from all Burnaby secondary schools.

With a 100% positive overall satisfaction rating from surveys returned, and on average, a 92% averaged response of above ‘great’, students are clearly receiving GLP events enthusiastically.

An astounding 23 students out of 45 stated that due to the impact of just one Science Trailblazer speaker session, they had chosen a future career path. 17 of 55 students were impacted so influentially by at least one of the Global Expert Speaker sessions that they declared that they had found a career they were interested in.

On average, 55% of all speaker series participants stated that post-event, they had discussed the session topic and details with friends and family. Educators well-understand that conversations not only solidify knowledge and underpin confidence, but also make change. “Build awareness” and “Make change” are the current mantras of society, so this feedback from students is a good indicator of event success.

Surveyed students overall indicated their enthusiasm at having the opportunity to meet with, ask questions of and listen to locally- and globally-based experts. This was an expectation having offered amazing speakers such as Dr. Andrew Fire of Stanford University, Nobel Prize winner, in addition to the high-level Director of the New York-based Refugee Agency, UNHCR, and Canadian former lawyer, Ninette Kelley.

Global Learning Programs will be back as of September 2016, ready to kick-off another amazing year of connecting students, staff and parents with thought leaders and renowned experts, local and global concepts, as well as unique conference opportunities and field trips, all either in-person or via Burnaby’s tech infrastructure.